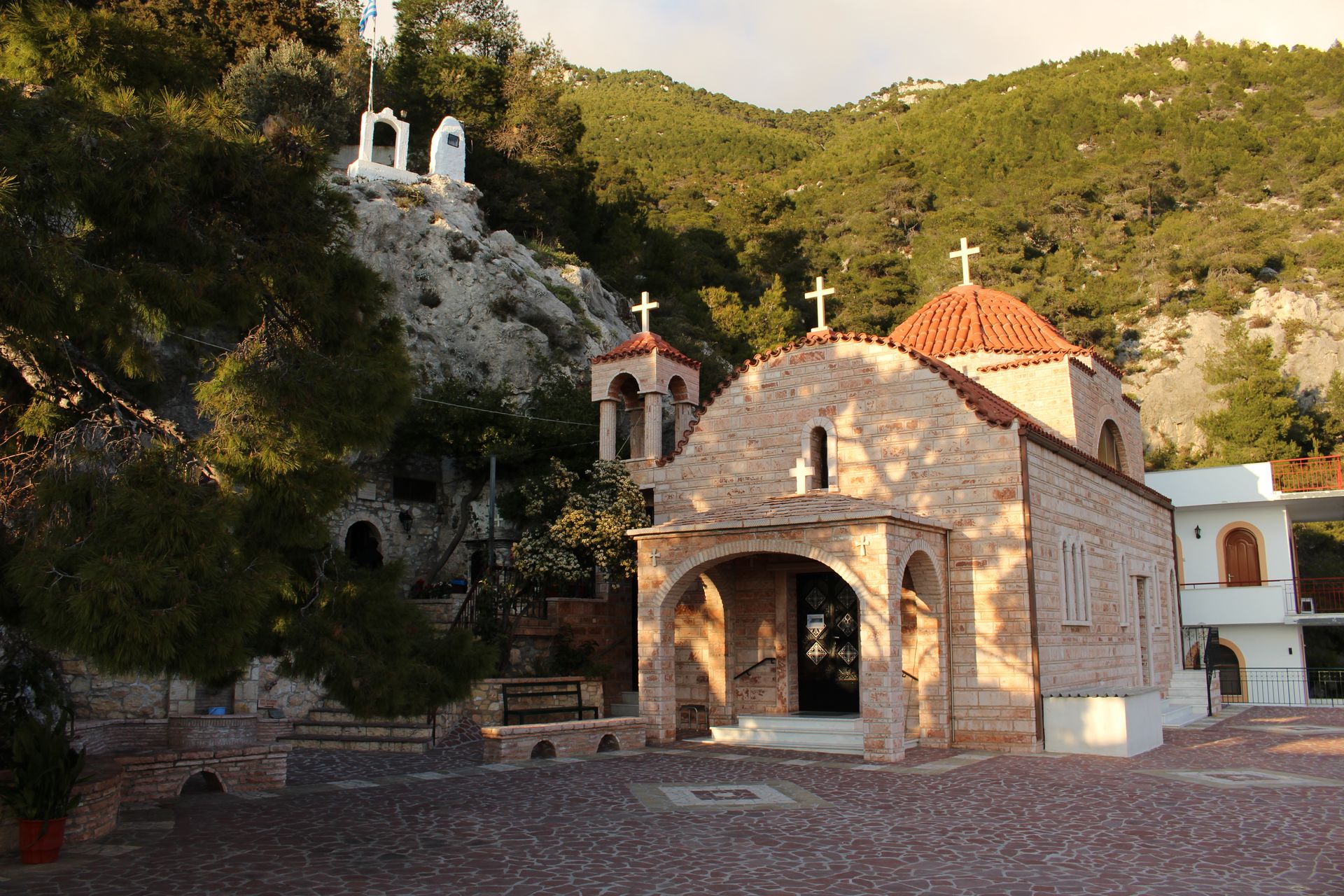 Situated high up on the Gerania Mountains at an altitude of 700m, the monastery of Ossios Patapios is looking down over Loutraki. The monastery can be seen from anywhere in Loutraki but once you are there, the views of the entire Corinthian gulf and Loutraki are absolutely breathtaking! Ossios Patapios consists of an active monastic community of Christian Orthodox nuns who have committed their lives to protecting the sacred relic of Ossios Patapios, the patron saint of Loutraki, and to helping the poor and unprivileged through their orphanage, house for the elderly and countless other charitable projects.

Please take this into consideration when planning your visit, dress modestly and, once within the grounds, respect the environment and behave accordingly.
Saint Patapios was born in 380 in the Egyptian city of Thebes, descendant of a well-known Egyptian family. His parents were devout Christians and instructed Patapios in Scripture. As he reached a mature age, well-known tutors were brought from Alexandria to instruct him in science, mathematics, philosophy and rhetoric. Through this education, Patapios was attracted to the ascetical way of life and decided to leave for the Egyptian desert where he became well known for his ascetic deeds.

In 428 St. Patapios headed off to Constantinople but during this voyage the ship passed near Corinth where the Saint spent several years in his skete up in the Geranian mountains. In Constantinople, the Saint performed many miracles of healing and after a life adorned with virtue and miracles, he died at a great age of 83 in 463. After the fall of Constantinople, the Saint’s relics were taken to the little cave-skete in Corinth as he had requested while still alive. 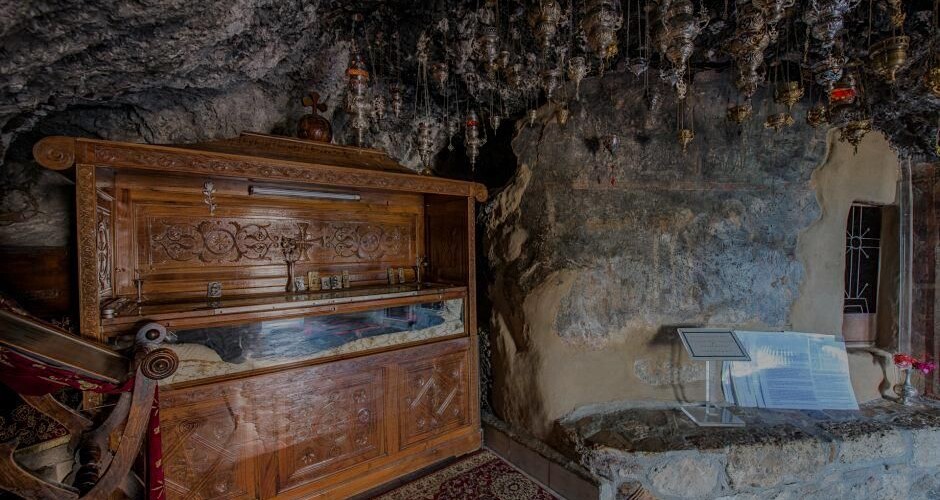 In 1904, local priest father Konstantinos Sousanis, serving in this small cave-skete, commissioned some expansion work. The night before the works to the western wall were to commence, Father Konstantinos had a dream of a monk warning him to “take care when you break the wall because I am on the other side. I am Saint Patapios of Egypt.” He was found the next day holding a large wooden cross on his chest, a parchment scroll with his identity and large leaves covering his relics as fresh as they had been picked that very moment. Since his relics have been discovered, many people have been visited by the saint in visions and dreams asking them to visit “his house in Loutraki”. He is especially known for healing cancer and miracles occur world-wide throughout the world.

Chrisovalanti is the current Mother Superior and always welcoming of visitors. Saint Patapios is celebrated twice a year. His feast day is on 8 December, with an additional celebration on Easter Tuesday in memory of the Saint’s relic discovery.