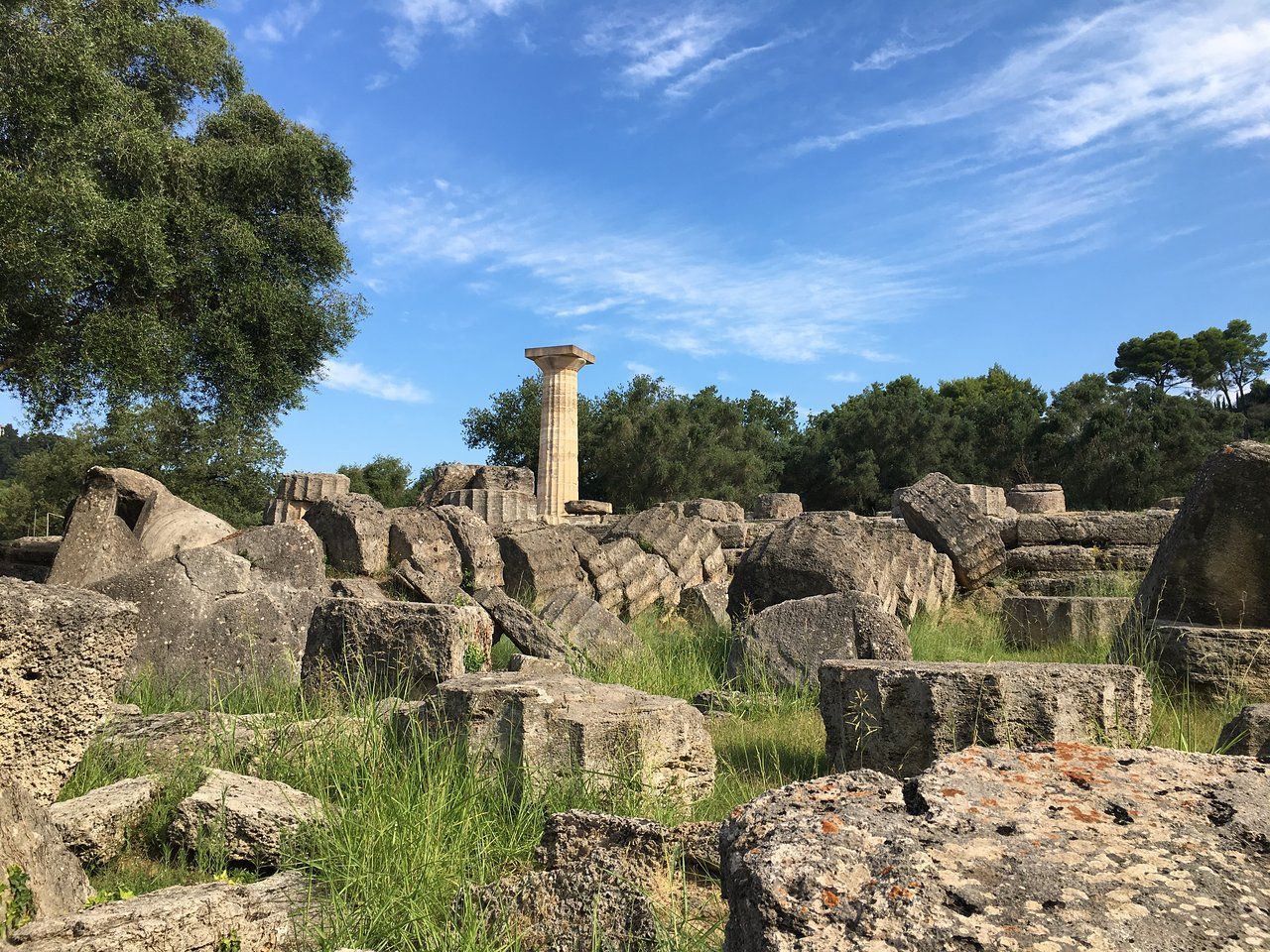 Olympia, the birthplace of the Olympic Games since 776 BC, stands out as one of Greece’s most recognisable cites. From Loutraki, take the motorway with direction towards Patras and the Western Peloponnese and you will come to Olympia.  Olympia lies within a serene and luscious valley, meeting point of the Alpheios and the Kladeos rivers.

The site consists of the Ancient Stadium mainly used for the games. The stadium was made of clay and stretched 600 Olympic feet (approx.192m). Nearby, you can visit the Temple of Hera, still being used today for the ceremony of the Lighting of the Torch every four years.

The most dominant temple of Olympia was the massive Temple of Zeus, which was standing at the very centre of the site. The temple guarded the Statue of Zeus, made of ivory and gold, considered one of the seven wonders of the ancient world. In addition, you can visit the Philippaeum, the Phidias Workshop, the Palestra and the Leonideum. The museum of Olympia shelters famous artefacts including the statue of Hermes of Praxiteles.