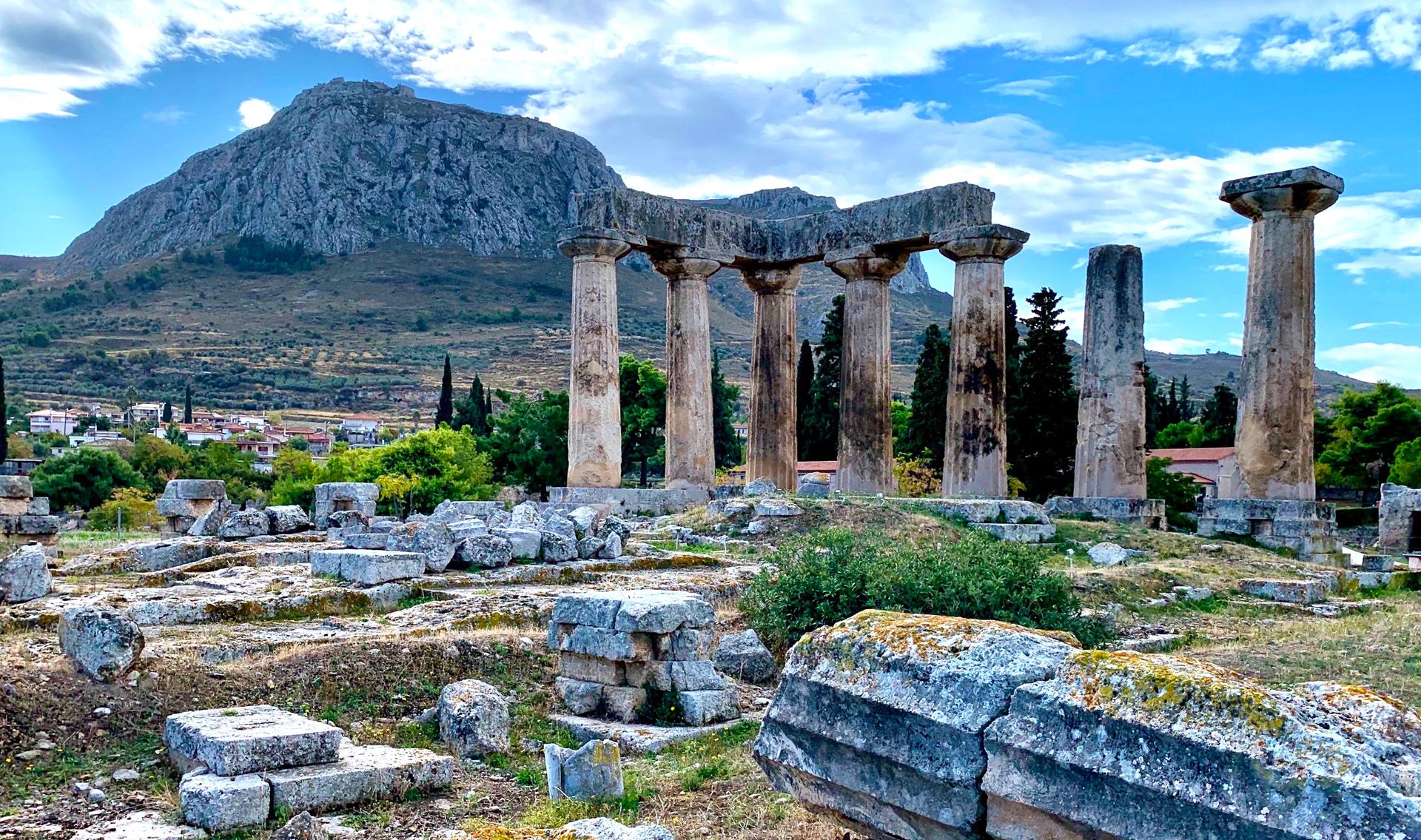 During your stay in Loutraki, do not miss the opportunity to visit the Corinth Canal, the county capital city of Corinth, the citadel of Acrocorinth and the Ancient Corinth with the Temple of Apollo.

Corinth Canal: Only 4km away from Loutraki, the canal can be visited by car or on foot along the Loutraki seafront heading towards Corinth. If you are lucky you can take amazing pictures of vessels crossing the canal. The Corinth Canal is an engineering masterpiece linking the Corinthian and Saronic gulfs. The Canal is 6.4 kilometres long with a width of only 25 meters and a depth of 8m. Before its construction, ships had to circle the Peloponnese, prolonging their journey by an extra 185 nautical miles. The canal was used for the first time on 28th October 1893. In ancient times, the ships were anchored in the port near Corinth waiting to be pulled along the old Diolkos thus making Corinth the envy of the world for its wealth and commercial activity. The excavations to link the two gulfs started as early as Roman times but were not concluded till the end of the 19th century.

Corinth is the capital city of the county and only 7 km away from Loutraki with a population of just over 30,000 inhabitants. Today, Corinth is a busy commercial and industrial city as well as a major road and rail link hub.  If you wish to visit Corinth you can find an array of shopping choices, lovely cafes and restaurants. While in Corinth, don’t miss the opportunity to visit the busy harbour and St. Paul’s Cathedral.

Acrocorinth: A short drive on the outskirts of Corinth, high above on a rock is the citadel of Acrocorinth, offering unique views of Loutraki, the Gulf and the Geraneian mountains. Acrocorinth is the acropolis of ancient Corinth. The original fortress was built in ancient times dedicated to goddess Aphrodite. Over the centuries and, due to its strategic location, Acrocorinth was occupied by the Romans, the Byzantines, the Crusaders, the Venetians and the Ottomans. Although today there is not much left of the initial temple, it is worth the visit just for the view.

Ancient Corinth: East of the modern city of Corinth are the ruins of Ancient Corinth, still being excavated. Within the site you can visit the museum, courtyard, temple of Apollo, fountain of Glauke, Sacred Spring, Peirene, Asklepieion, Odeion, Bema, Agora. The local village also offers places to relax, enjoy a refreshment and a meal.

The site of Ancient Corinth was first inhabited in the Neolithic period (5000-3000 B.C.) with the peak period in the 8th century B.C. and lasted until its destruction by the Romans in 146 B.C. The Doric temple of Apollo was built in 550 B.C. The city was reinhabited in 44 B.C. and gradually developed again. Apostle Paul visited Corinth and wrote his First Epistle to the Corinthians. The invasion of the Herulians in A.D. 267 initiated the decline of the city though it remained inhabited for many centuries through successive invasions and destructions.

The systematic excavations of the area, initiated by the American School of Classical Studies in 1896, are still continuing today and have brought to light the site, prehistoric settlements the Quarter of the Potters and other buildings outside the main site. Most finds are exhibited in the Archaeological Museum of Ancient Corinth.