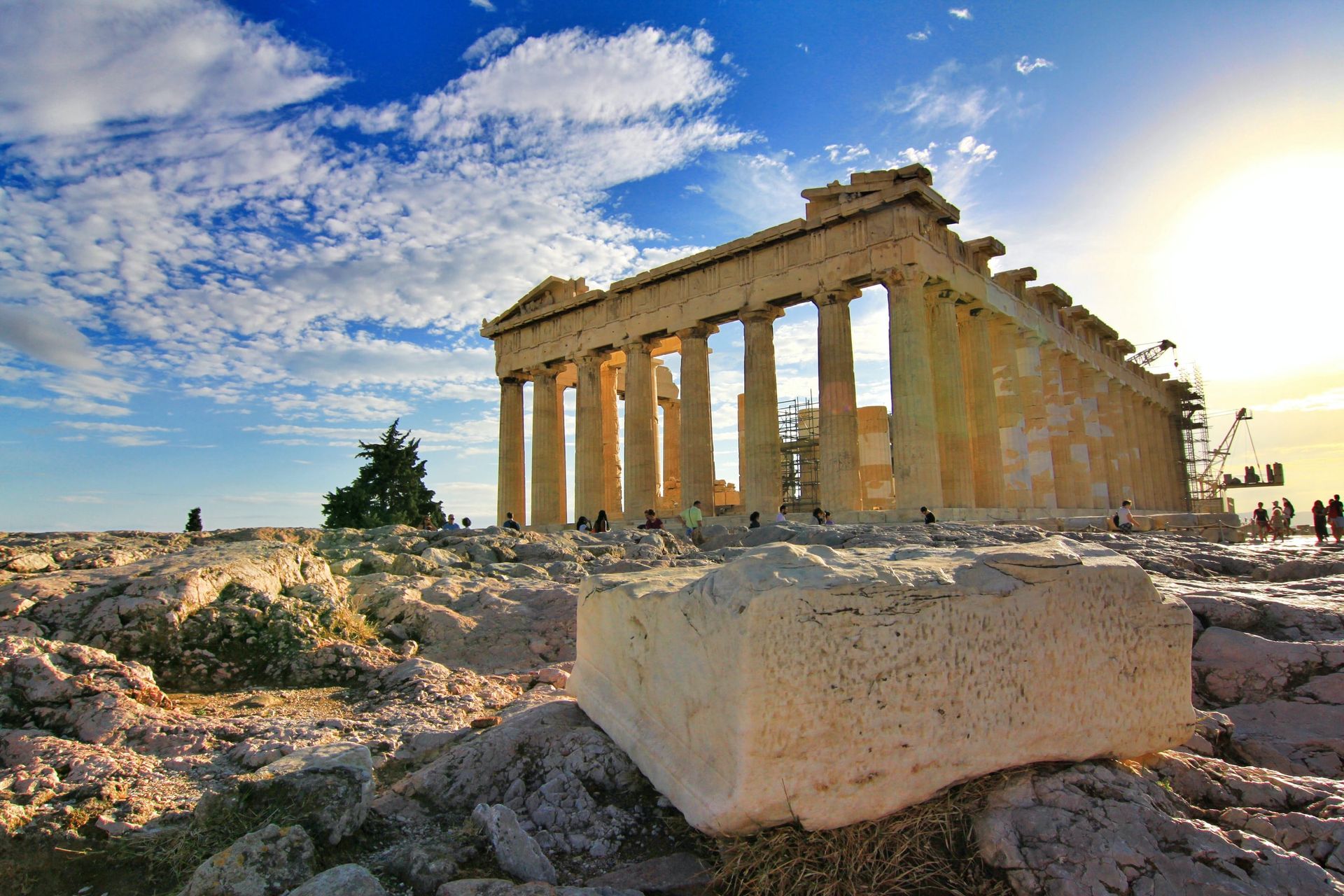 Athens is the capital city of Greece and has been at the heart of Ancient Greece as the birthplace of Philosophy and Democracy. If you are planning to spend a day in Athens, make an early start, especially during the summer months and you may still be back on time for an evening swim in Loutraki. Athens has a plethora of world class archaeological cultural and lifestyle attractions. Visiting from Loutraki you can take the KTEL bus to the main bus terminal and then with a taxi or the metro you can head to Syntagma Square (city centre) and from thereon to explore the city. Athens has a population of 3.7 million however, most places of interest can be found within a relatively small area surrounding Syntagma Square.

The Acropolis Museum is one of the world’s most modern and technologically connected museums. The museum includes most of the artefact unearthed at the Acropolis as well as the sculptures of the Parthenon in order to be reserved from pollution.

As you leave the Acropolis, take a stroll and discover the Ancient Agora, located beneath the slope of the Acropolis facing northwest. The Agora (Forum) was the main marketplace and served as a daily assembly of commercial as well as social gathering for a period of almost 5000 years. In the Agora, you can visit the Stoa of Attalos as well as the Hephaisteion the best preserved ancient Greek temple.

Purchasing a ticket is easy, the normal entrance price is 12 euros and with this ticket you can also enter Kerameikos, the Temple of Olympian Zeus, Roman Agora, Ancient Agora and the nearby Theatre of Dionysus. Students from European Union universities can enter for free, provided they present the relevant ID. 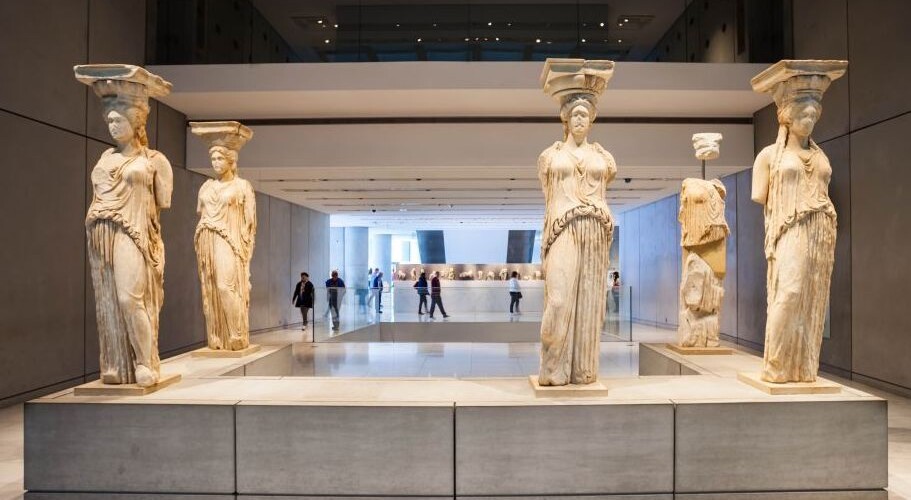 If you wish to get away from history and archaeology take a stroll in the narrow streets of Plaka, Monastiraki and Thissio where you can enjoy a meal, a drink or just a walk of the old city. Nearby is Psiri, a revitalised former industrial district, now full of trendy and alternative restaurants, cafés, bars, small luxury hotels and shops.

Going back to Syntagma Square, take pictures from the daily change of the Evzonoi guards in their traditional costume. Evzonoi guard the Tomb of the Unknown Soldier in front of the old Royal Palace, now home of the Greek Parliament. Not far from Syntagma you can visit several museums such as the Benaki museum, the Museum of Cycladic Art, the War and the Byzantine Museums.

In the vicinity you can also visit the Temple of Olympian Zeus and Hadrian’s Gate. The fallen column can still be seen as brought down following a thunderstorm about a century ago.
Nearby the Temple of Zeus, you can visit Panathinaiko Stadium, built to host the modern-day Olympic Games in 1896. The stadium was built entirely on white marble and has a horseshoe configuration. Today, it is being used on special occasions and hosted Archery during the Athens Olympic Games in 2004.
Lycabettus Hill borders the Kolonaki district. You can reach the top on foot or by the funicular railway. On top of the hill you can visit St. George’s church and a cafe-restaurant with great views of Athens all the way to the port Piraeus.

The ancient port of Athens, Piraeus, is today an independent, heavily industrial municipality located southwest of Athens, whose modern-day port serves almost all of Attica’s ferry connections to Crete and the Aegean Islands. If you are more adventurous, you can take a bus and visit the Temple of Poseidon in Cape Sounion, offering spectacular sunsets and breath-taking views.